EVA – Exclusion of Added Value – is a residencies program. It aims to explore the social dimension of artistic practice, as an instrument of mediation and reflection, implemented through seven residencies which work within areas of social exclusion and economic deprivation. Projects result from the interplay with the communities of social housing districts and the public space.

The aim of Planta o bairro project was the construction of an emotional, sensitive and storytelling map within this district of Lisbon. Characterized by its traditional portuguese essence, still within its original residents, and mixed with people of different ethnic and cultural backgrounds, in Bairro da Boavista, we find generations of people who love and sing Fado and young teenagers who seem to not fit in with their surrounding environment. With a group of ten teenagers from 10 to 13 years old, from different ethnicities, Gypsies, Africans and Portuguese, I invited this young group to become a mix of reporters and detectives and to identify the most important people in the neighbourhood, interviewing them and collecting images and videos of every single person they have chosen. The final goal was the creation of a new signalling system within the zone, showing the history and memories of those important people of the district, revealing the past of the district and its people as well as its new generations and traditions, allowing this young group to create a relation within their district – understanding the past and the present, to create a future. Parallel with the new signalling system, it was also built a “living map”: a map of the Bairro da Boavista, with graphic identification of where each interview took place, and an audio installation that allows each visitor to listen the interviews, as well as visualizing, with the help of a magnifying glass, of the pictures and images of those moments. All those materials were collected by those ten teenagers, coordinated by me, every single day for 3 continuous months.

The project ended with a public presentation, where me and the teenagers developed a game with the visitors, giving each one a map, while the teenagers guided the visitors trough their district, showing the new signaling system as well as the people they interviewed. Each teenager who participated in the project was identified with a “Planta o Bairro” pin. The tour/presentation ended with the enjoyment of “living map”, as well as a signed postcard by the teenagers, with their comments about Bairro da Boavista, to offer to the visitors. 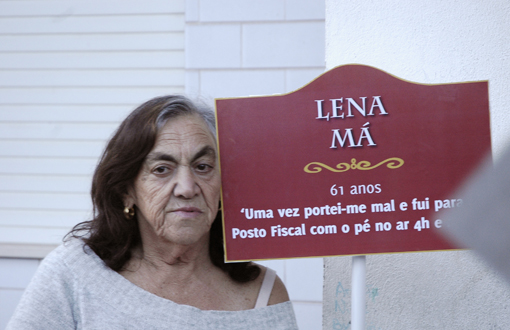 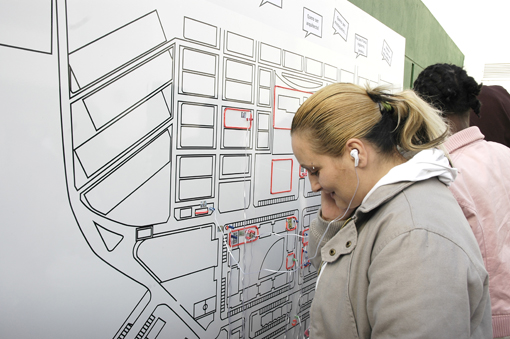 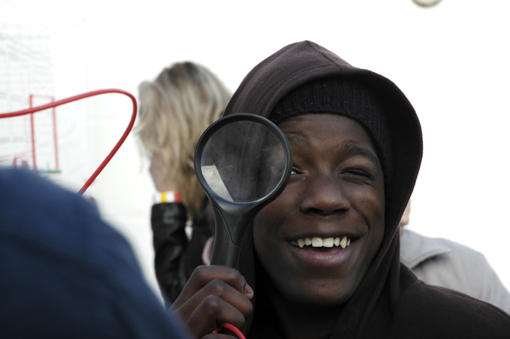 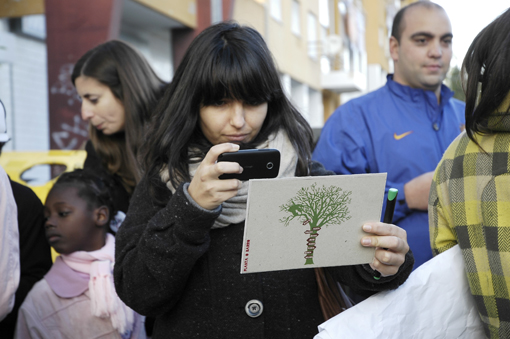 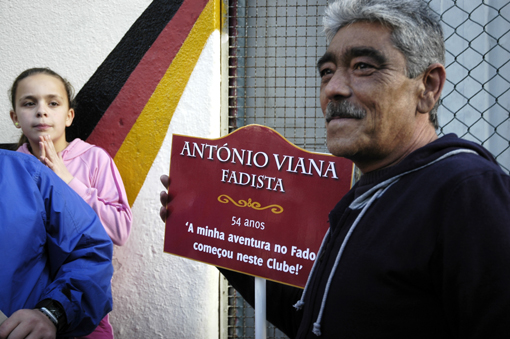 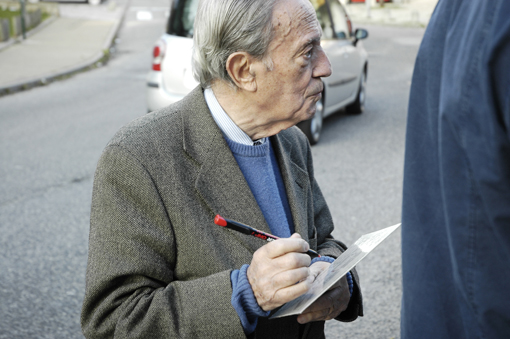 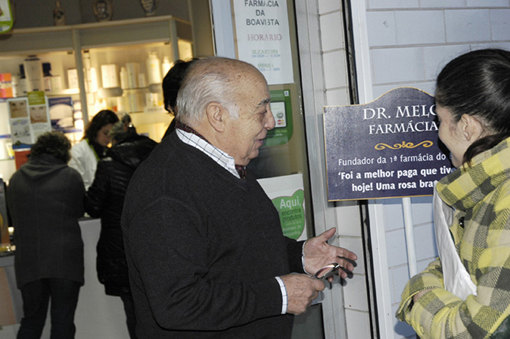 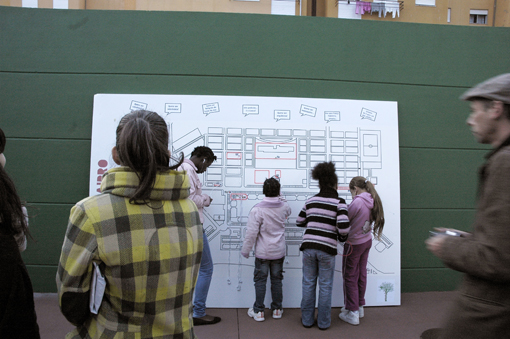 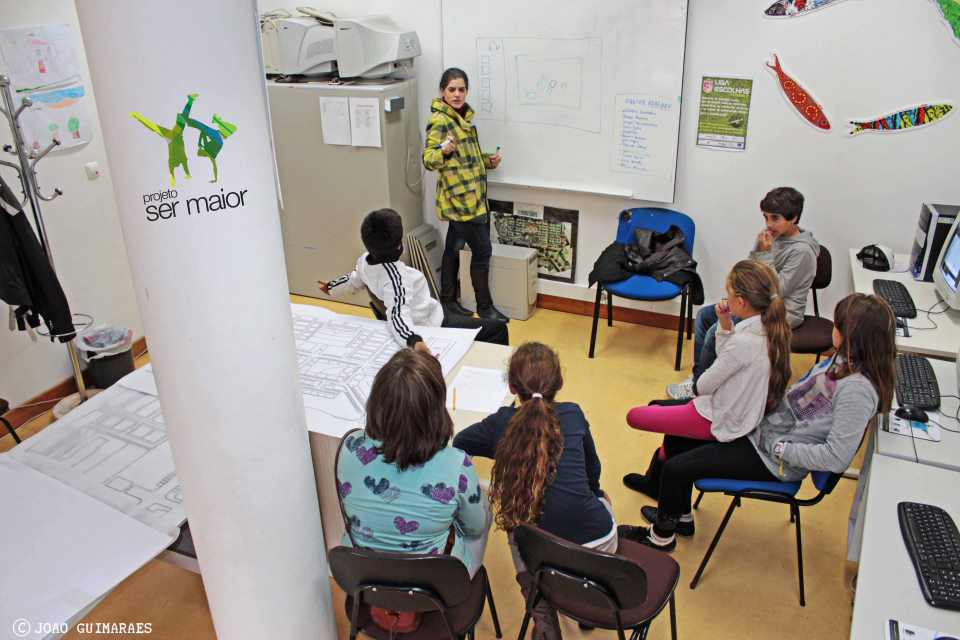 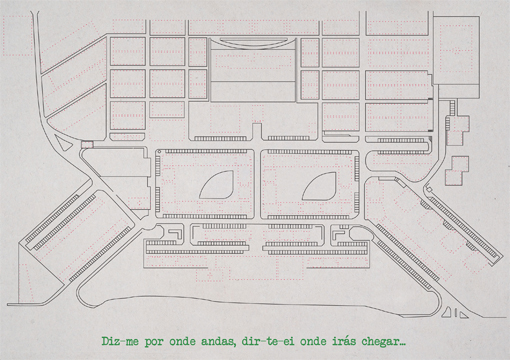 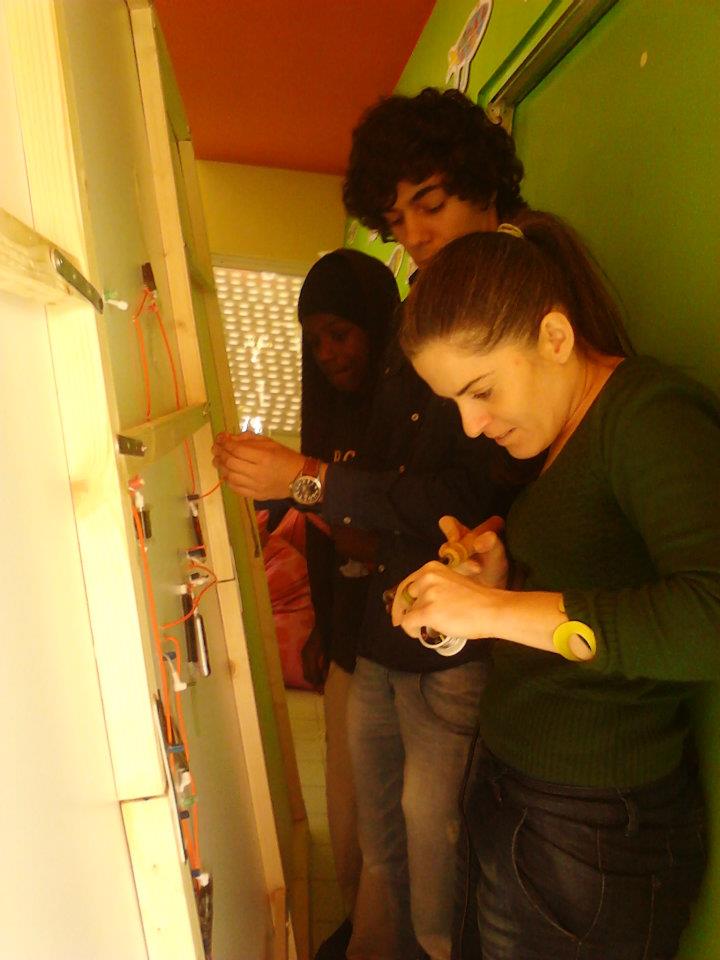 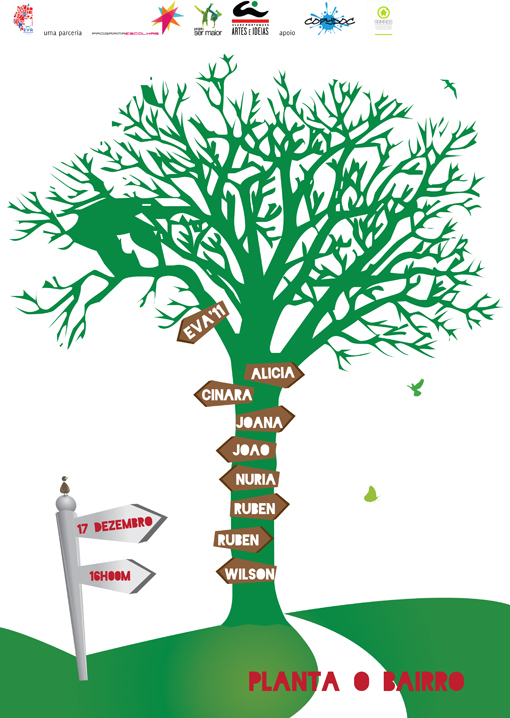 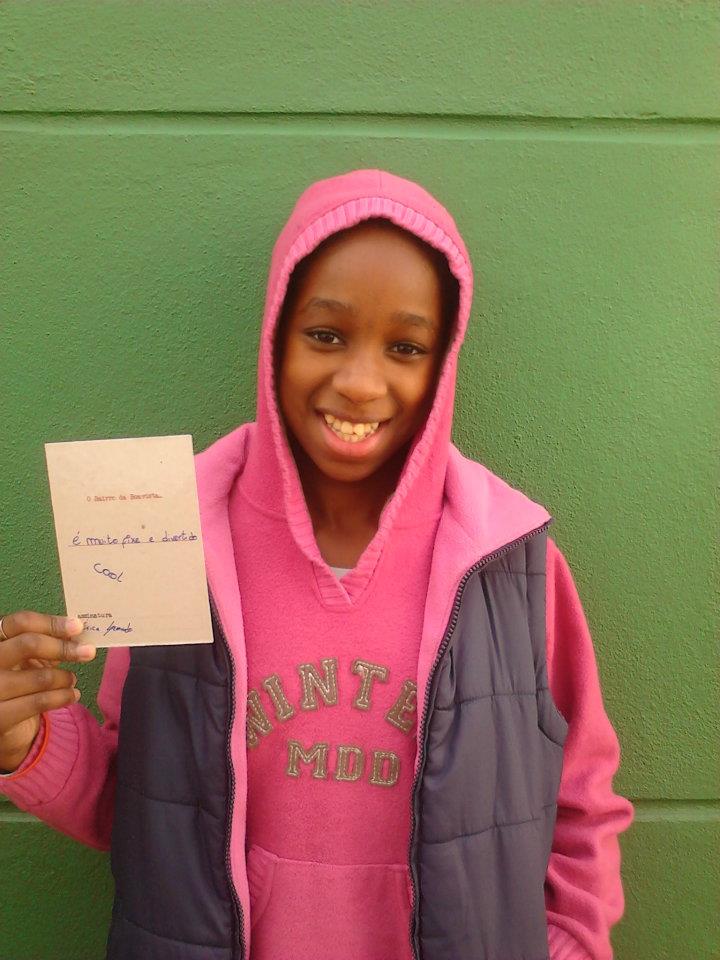 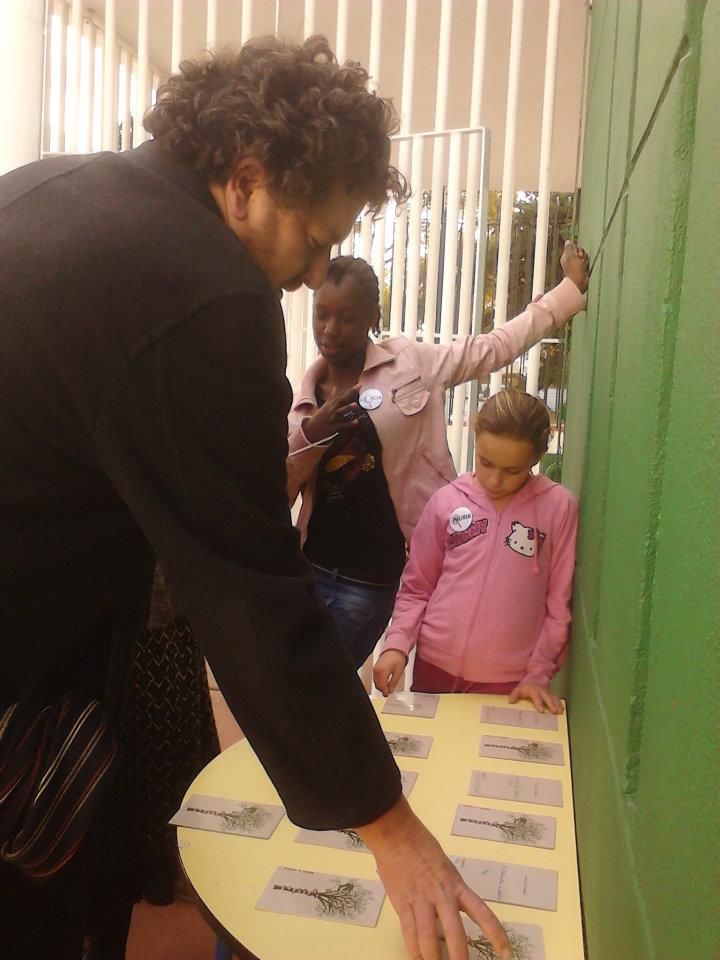 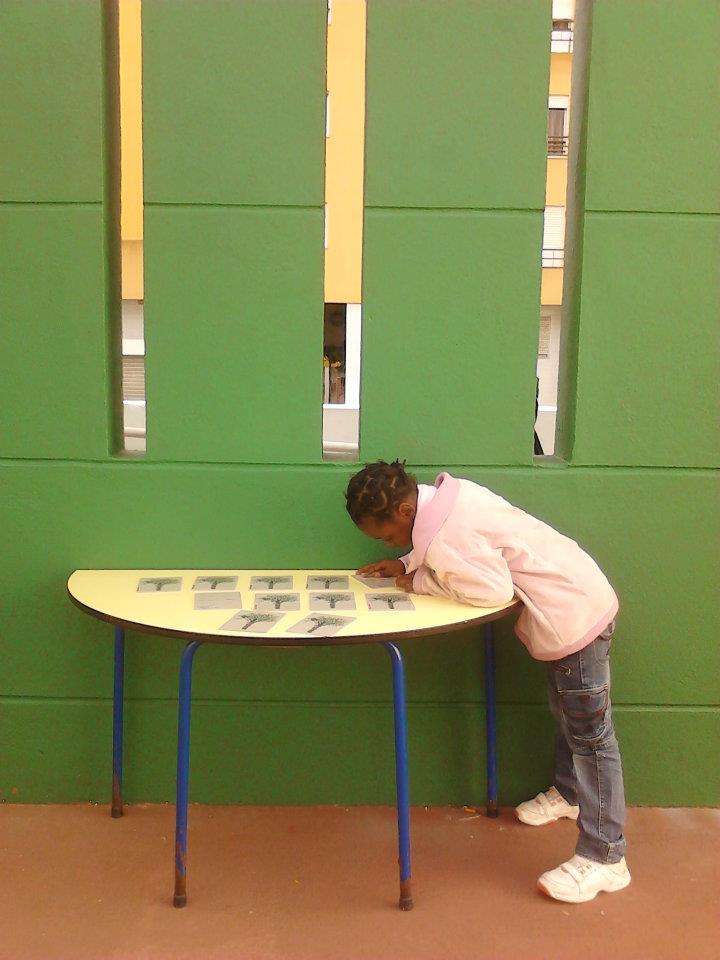 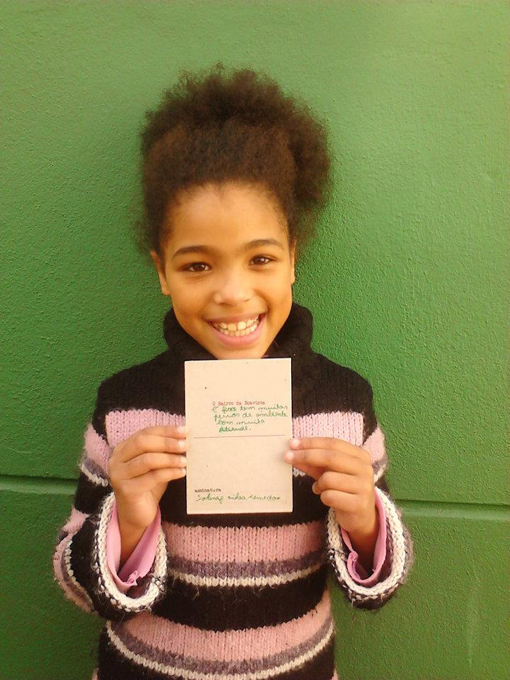 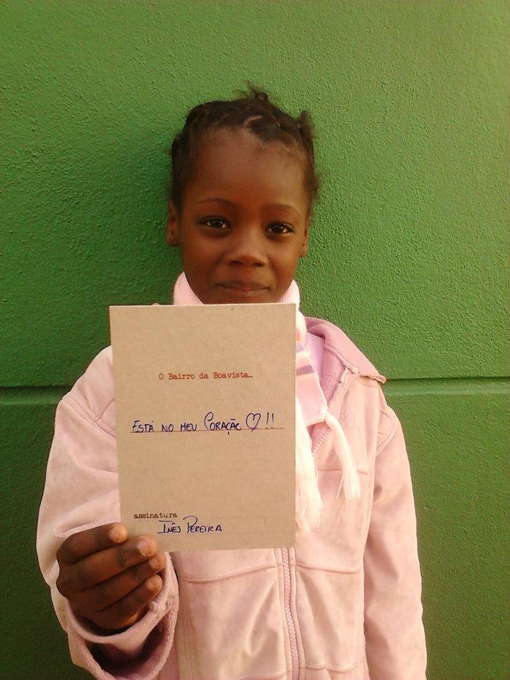 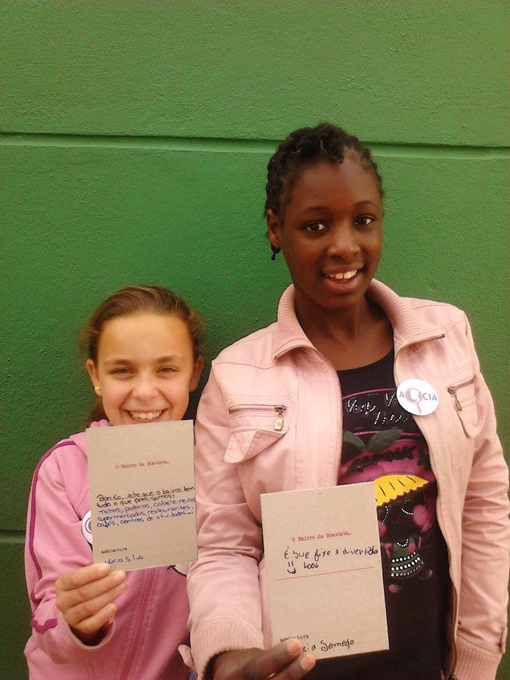