A new form of communication that uses the sensibility of our feet. In a near area, you can perceive that someone is approaching. Any of your friends or an unknown person, doing the same action as you, in the same surrounding space is detected by your shoes, as vice-versa! Jogging, walking or walking faster “as hell” is detected by each other, trough a small vibration on your feet that gets stronger as nearest you are! Finding the love of your life, a friend or just having a little chat with someone who is in the same mood as you is now possible, without spending money or effort!

A pair of shoes (only one contains the technology and communication mechanism), a mobile app and a website

In one shoe, a lillypad arduino controls two pressure sensors. These two sensors are attached in the shoe sole, as well as the bluetooth system that provides the connection of the shoe to the mobile phone trough an app. On the right side of the shoe, nearby the heel of the foot, it’s located the vibrating motor.

The shoe/feet is divided in three parts according to the areas of movement usage:

Using a bluetooth system, the walking shoes connect with the user’s mobile phone and trough an app the user can decide whether to be:

The user can also share its location with its network of walking shoes’ users.

It uses the GPS tracker of the mobile phone in connection with the app and the walking shoes.

From the moment a walking shoe is tracked down, the user starts feeling a small vibration on his/her foot that will increase as long as the user is closer to the destined walking shoe user!

The website creates and triggers the walking shoes users’ network, and keeps a record of your meetings. 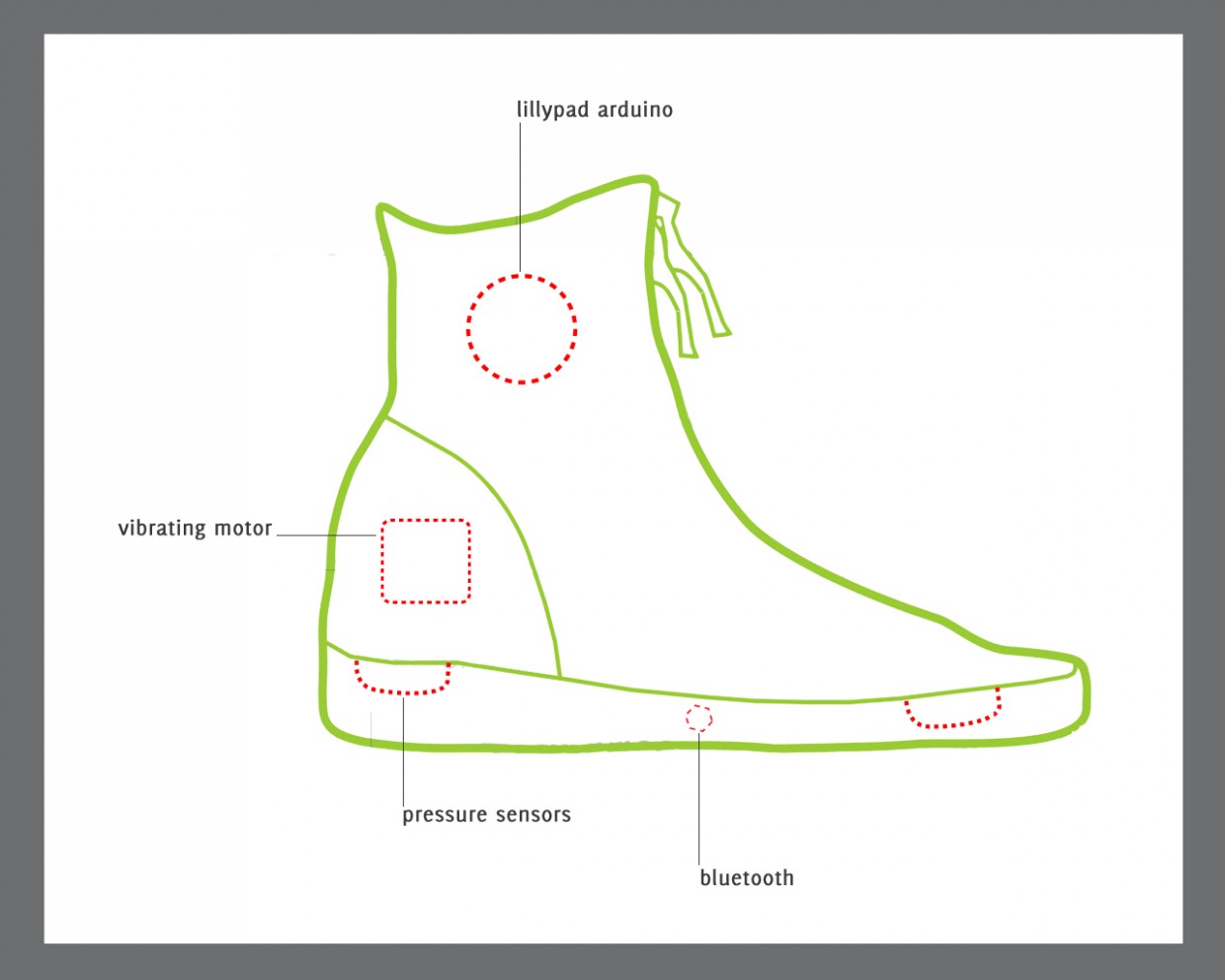 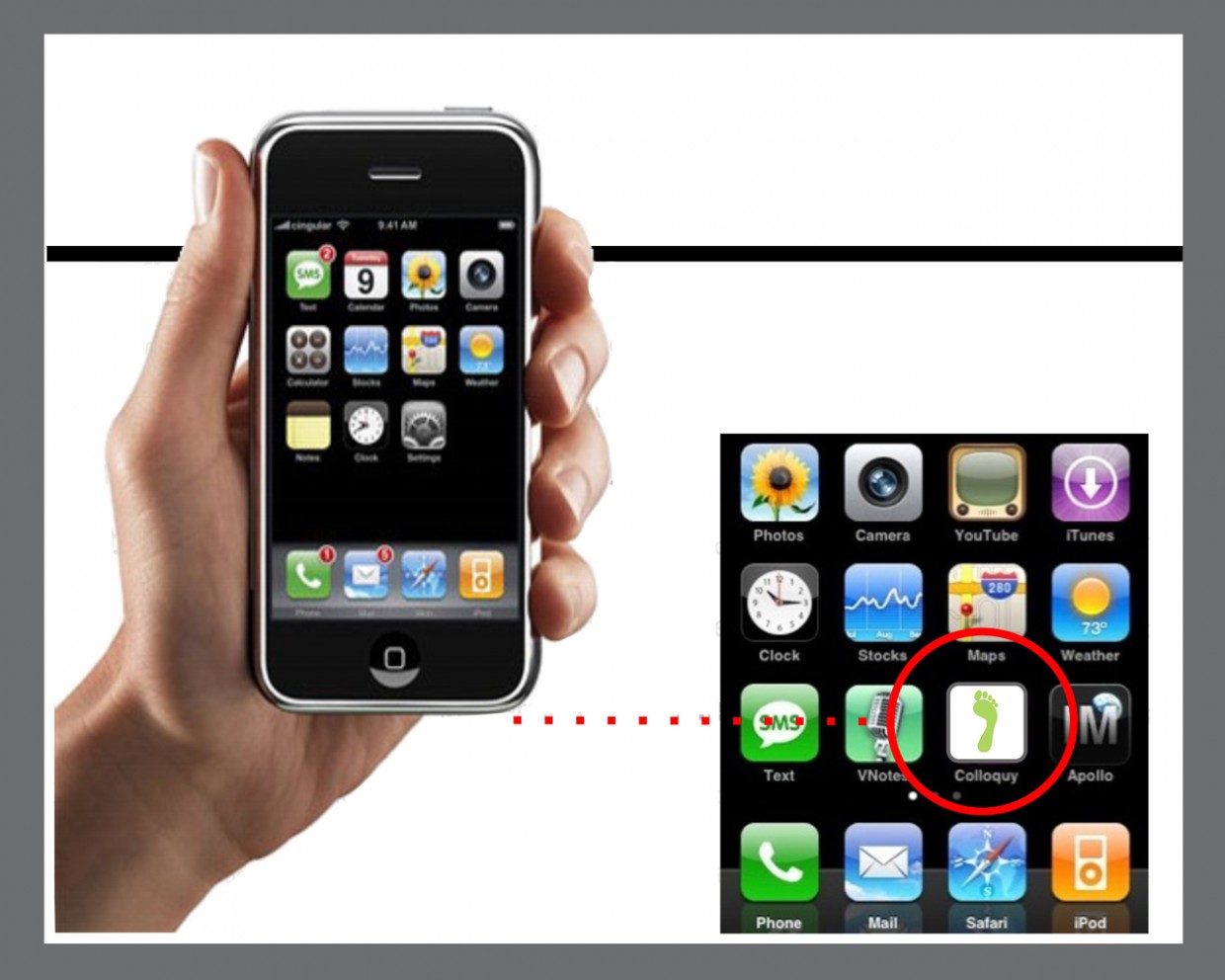 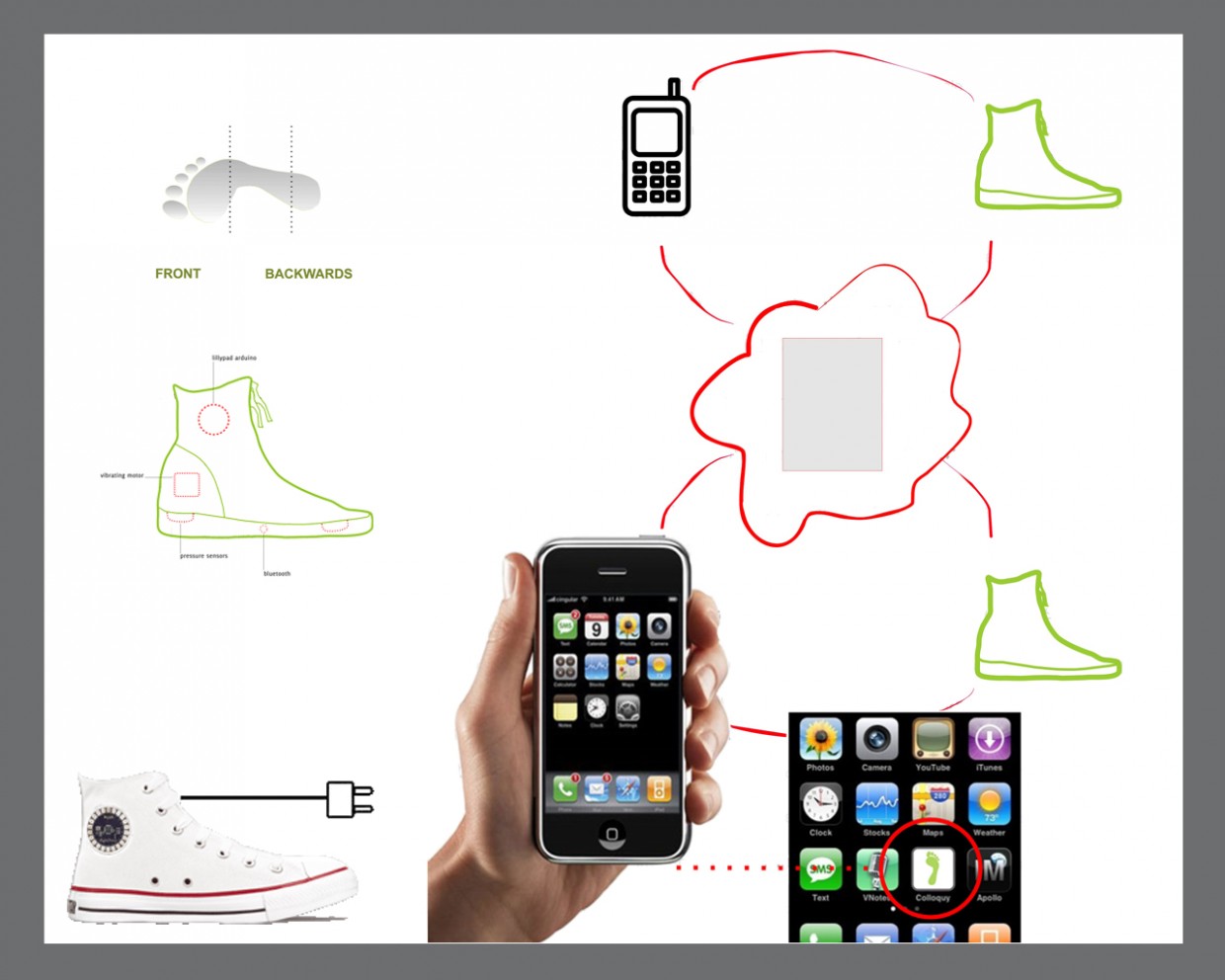